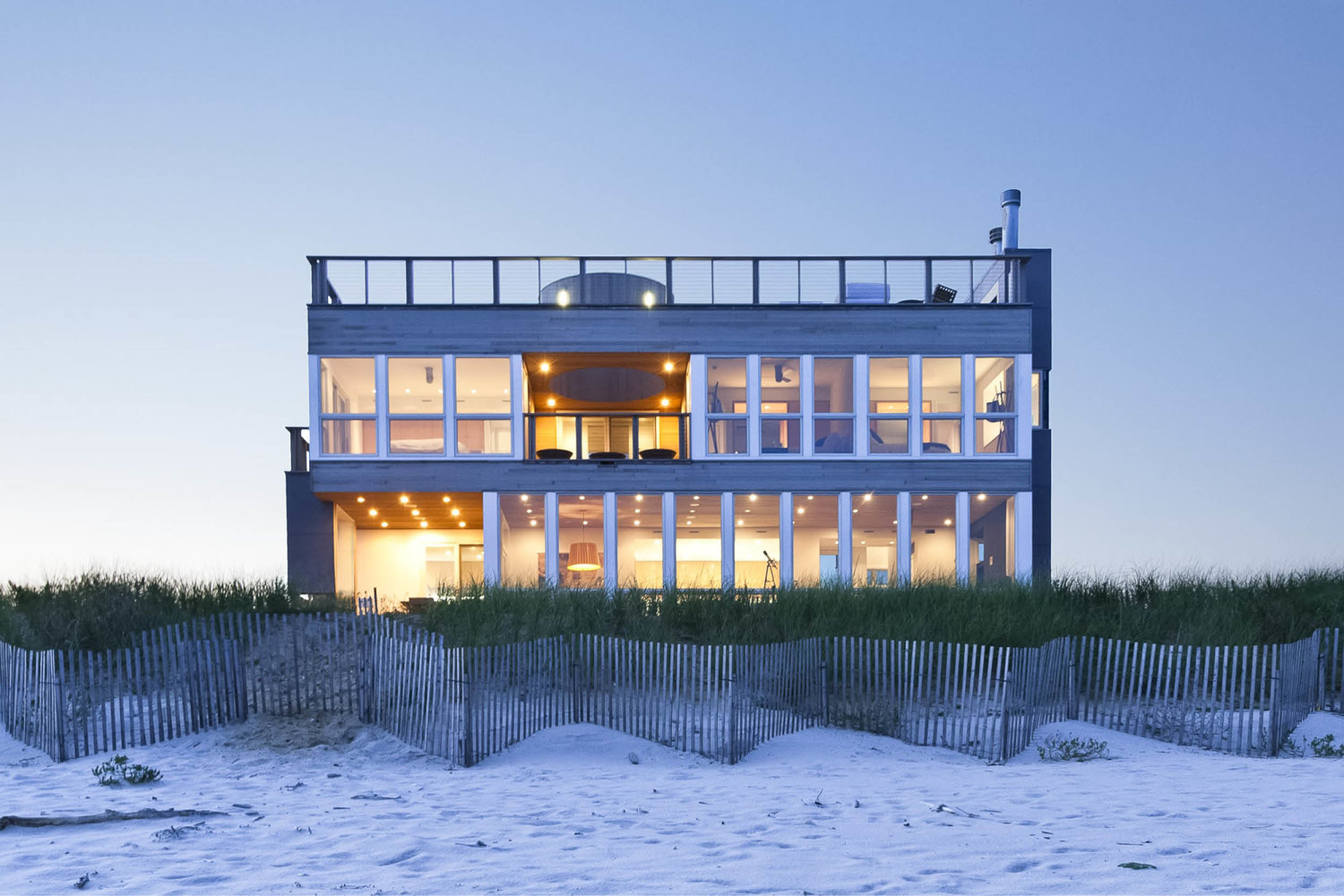 The home is part of their Double Wide typology series and features four box modules.

Dune Road Beach House was completed in 2012 and consists of four bedrooms and 2.5 bathrooms. It sits atop the crest of the dune and replaces a dilapidated bungalow that was destroyed by waves.

RES4 has worked on several beach houses in New York and other areas. However, one of their most prominent projects is the Dune Road Beach House.

The two-story home features a communal space on the main level. The front of the home features a wall of windows, allowing the inhabitants to feel like they’re on the beach while still having access to all of the comforts of home.

Owners drive over a large ramp, which was required to leave the landscape between the dune uninterrupted during the construction. In addition, zoning had very strict requirements for the home to allow the natural landscape to remain while also ensuring the home is strong enough to withstand natural disasters.

Interestingly, the area between the dune and the ramp driveway had to remain intact, but the dune had to be rebuilt to protect against any potential damage from the ocean. The home had to be built to meet:

Even the home’s circulation had to be taken into account with circulation in the home pushing north while the open living area faces the ocean. The young couple wanted to maximize their space, and they added multiple intricate features:

The yoga space was carefully planned to take advantage of the ocean views and sits above the surrounding houses to offer additional privacy. Owners can also retreat to the roof of the home, which has an outdoor fireplace, seating area and spectacular views from all angles.

The Dune Road Beach house is a magnificent example of RES4’s capabilities with modular buildings and how their methods can be used for compact sites and spaces.